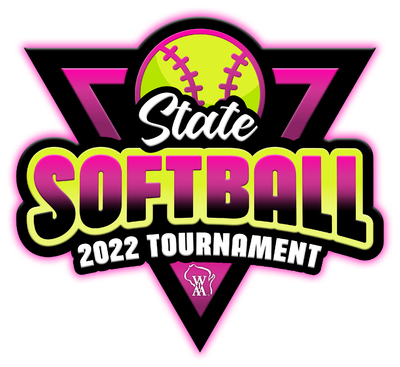 LAST YEAR:  Top-seeded Kaukauna won the Division 1 title last season with a low-scoring, 1-0 shutout over second seeded Sun Prairie in the championship game. In Division 2, fourth-seeded Catholic Memorial won the title with a 5-4 victory over the #2 seed, Baldwin-Woodville, in the final.  Top-seeded Dodgeville captured the Division 3 crown with a 5-3 win over second-seeded Prescott in the championship game. In Division 4, second-seeded Mishicot doubled-up Juda/Albany, the fourth seed, 6-3 in the title game to win the crown, and Oakfield, the #1 seed, earned the championship with an 8-4 win over third-seeded Hurley in the Division 5 final.

THE DIVISION 1 FIELD:  Defending champion and top-seeded Kaukauna returns to the State Tournament for the fourth time. The Galloping Ghosts captured the gold trophy in each of their previous State appearances including 2010, 2017 and 2021. They advance to the State quarterfinals from the Pulaski Sectional after defeating Hortonville 5-1 in the sectional final. They are the champions of the Fox Valley Association this spring. Last year’s runner-up Sun Prairie is the second seed in the bracket. The Cardinals qualify for State for the fifth straight year, not including 2020 when the season and tournament was canceled during of the COVID-19 pandemic. They are making their eighth appearance overall. The Cardinals also finished runner-up in 2012 and in 2019 after winning their lone championship in 2018. They also advanced to the championship game one other time. They are the champions in the Big Eight Conference this season, and they remain in contention for the title with a 10-0, six-inning clubbing of Monona Grove in the sectional final hosted by the Cardinals. Third-seeded Oak Creek is making its 10th State appearance and its first since 2018. The Knights’ most notable experience in the tourney was a runner-up finish in 2005. They are the champions of the Southeast Conference this spring, and they qualified for State by virtue of their 15-inning, 7-6 win over Kenosha Indian Trail in the sectional played in Kenosha. Fourth-seeded Cedarburg returns to State for the second consecutive season and for the 11th time overall. The Bulldogs’ furthest advance in the tourney was to the semifinals in 1981, 1992 and 2001. This season, they are the champions in the North Shore Conference. They advanced to the final eight bracket with an 11-2 triumph over Menomonee Falls in the final of the Germantown Sectional. Superior is the fifth seed in the bracket. The Spartans qualify for the fifth time and for the first since 1993. The most notable of the previous experience was in 1978 when the Spartans advanced to the semifinals. They finished first in the Lake Superior Conference this season and blanked Stevens Point 9-0 in the Marshfield Sectional final to qualify for State. Hamilton is seeded sixth. The Chargers qualify for the second year in a row and for the 10th time overall. Their furthest advance toward a title in the program’s previous nine appearances was to the semifinals in 1980 and 1987. They are back in the quarterfinals by virtue of their 13-12 win over Arrowhead in the Oconomowoc Sectional final. They placed third in the Greater Metro Conference this year.  Seventh-seeded Milton qualifies for the third time in the program’s history. The Red Hawks two previous appearances came in Class A in 1990 and in Division 1 in 1992. Both of those experiences resulted in losses in the quarterfinals. They finished fourth in the East Division of the  Badger Conference this spring. The Red Hawks edged Burlington 1-0 in eight innings to advance to State from the Oregon Sectional final. Oshkosh West, the eighth seed, has qualified for the State Tournament for the eighth time and for the first time since 2013. The Wildcats furthest advance in the State tournament was a runner-up finish in 1989. They qualify this season with a 4-3 win over Neenah in the final of the Oshkosh North sectional. They placed third in the Fox Valley Association this season.

THE DIVISION 2 FIELD:   Top-seeded Jefferson returns to the final four for the second straight season and for the fourth time overall, which have all resulted in losses in the semifinals. The Eagles are the champions in the Rock Valley Conference this season, and they’ll attempt to advance to the title game for the first time following a 5-0 shutout over Mount Horeb in the Big Foot Sectional final. Freedom, the #2 seed, is back in the State Tournament after a 25-year hiatus. The Irish’s only other appearances came back-to-back in Class B in 1986 and 1987, which resulted in losses in the semifinals. Their quest to advance to the title game for the first time continues after a 1-0 shutout win over Winneconne in the Seymour Sectional final. They are the champions in the North Eastern Conference in 2022. Third-seeded New London will make its seventh State appearance overall and the first since the final year of a five-year run of State experiences from  2013-17.  They won the State title in 2013 and were runners-up in 2005 and 2014. The Bulldogs downed Altoona 11-1 in six innings in the Mosinee Sectional final. They finished first in the Bay Conference standings this spring. Fourth-seeded Wisconsin Lutheran is a first-time qualifier to the tournament. The Vikings were co-champions in the West Division of the Woodland Conference with New Berlin West this year, and they advanced to State through the Lake Mills Sectional with a 2-0 victory over Port Washington in the final.

THE DIVISION 3 FIELD:  Top-seeded Baldwin-Woodville will experience the State Tournament for the fifth time and for the second year in a row. The Blackhawks moved down a division this season after finishing runner-up in Division 2 last year. Their first three appearances came in succession in Division 2 from 2011-13 that resulted in a title in 2012 and  runner-up finishes in 2011 and 2013. This spring, they are co-champions of the Middle Border Conference with Prescott. They advanced through the Cumberland Sectional that culminated with a 6-3 win over Bloomer in the final. Second-seeded Poynette is making its 12th appearance and its first since 2019. The Pumas have won five championships. They won the Division 2 title in 1998 and the Division 3 crowns in 2005, 2011, 2018 and 2019. They also have had four runner-up finishes, which came in 1999, 2003, 2012 and again in 2015. They are the champions in the North Division of the Capitol Conference this season, and they have advanced to the semifinals in quest of their sixth State title following a 6-2 victory over Westby in the Prairie du Chien Sectional final. Third-seeded Wautoma is also experiencing State for the first time. The Hornets stung Amherst 2-1 in the sectional final hosted by Stevens Point to advance to the State semifinals. They placed atop the standings in the South Central Conference this season. New Holstein is the fourth seed. The Huskies will make their first appearance in the State Tournament following a 7-0 victory over Racine Lutheran in the North Fond du Lac Sectional final. They finished in a second-place tie in the Eastern Wisconsin Conference this spring.

THE DIVISION 4 FIELD: Grantsburg, the #1 seed, qualifies for the ninth time in its program’s history and for the first time since 2016’s runner-up finish. The Pirates won State titles in 2006 and 2009. This season, they are the champions of the West Division of the Lakeland Conference, and they advanced to the State semifinals through the Shell Lake Sectional with a 10-inning, 7-6 win over Fall Creek in the final. Second-seeded Horicon qualifies for its ninth State Tournament overall and its first since 2019. The Marshladies won back-to-back Division 4 championships in 2018-19 and made three straight appearances that led to Division 3 titles in 2002 and 2003, and a runner-up finish in Division 2 in 2001. They were runners-up in the South Division of the Trailways Conference this season. They edged Boscobel 3-2 in the sectional final held at Horicon to earn another trip to State. Iola-Scandinavia will make its inaugural State appearance following its 6-5 triumph over Random Lake in the Appleton East Sectional final. The Thunderbirds placed second in the East Division of the Central Wisconsin Conference this season. Fourth-seeded Luther is also experiencing State for the first time. The Knights placed third in the Coulee Conference during the regular season. They rolled to a 9-2 win over Westfield in the New Lisbon Sectional final.

THE DIVISION 5 FIELD:  Top-seeded Assumption makes its sixth overall appearance at State and its first since 2018. The Royals captured the Division 3 championship in their first trip in 2001 and the Division 4 title in 2005. They finished first in the South Division standings of the Marawood Conference this season. The Royals earned their return to the State semifinals with a 4-0 shutout over Blair-Taylor in the final of the Almond-Bancroft Sectional. Barneveld is seeded second in the bracket, and the Golden Eagles are also experiencing the State Tournament for the first time. They are the champions of the East Division of the Six Rivers Conference this season. Their first advance to the State semifinals comes virtue of a 4-0 victory over Pecatonica in the Belmont Sectional final. Third-seeded Edgar makes its first-ever appearance at State as well. After placing runner-up to Assumption in the South Division of the Marawood Conference during the regular season, the Wildcats advanced through the Stevens Point Sectional, culminating with a convincing 11-0 win over Sevastopol in the final. Fourth-seeded Thorp makes its seventh State appearance and its first since qualifying in Division 4 in 2019. The Cardinals are seeking their second State title, having won their first in Division 4 in 2016. They also have three runner-up finishes. Those came in 2018 and in back-to-back appearances in 2008 and 2009. Their return to the tournament field following a 2-0 blanking of Drummond in the final of the Athens Sectional, The Cardinals finished in a fourth-place tie in the West Division of the Cloverbelt Conference this spring.