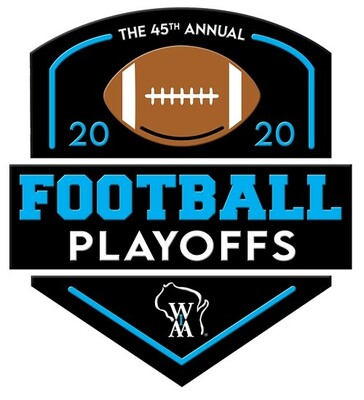 The 2020 version of the WIAA Football Playoffs are a bit different.  Teams are broken into four-team pods instead of the traditional eight-team regional groupings. The WIAA attempted to place teams in a competitive group with an emphasis on regional competition in an attempt to reduce risk and provide mitigation.

As of this afternoon,  31 teams have forfeited.  Games that are being played involving teams from our area:

Division 6 - Pacelli at Edgar,  Independence/Gilmanton at Loyal,  CFC at Blair-Taylor

8 Player football has just an 8 team bracket - area teams involved include: Greenwood at Three Lakes and Siren at McDonell.

Unbeatens Belmont and Gilman, along with defending state champion Luck, opted out to pursue separate opportunities. Gilman and Belmont are playing this week in an extra game at Woodside Sports Complex outside of Mauston.