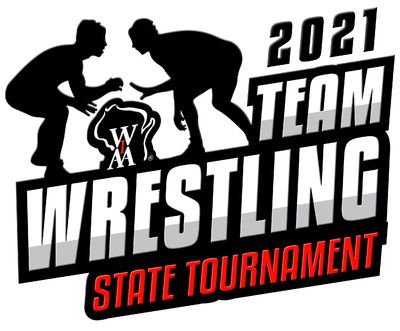 Here's a preview of the Division 1 Field....

LAST YEAR:  Stoughton won the Division 1 team title for the third straight season, retaining the title with a 32-30 victory over Mukwonago in the championship match.

ABOUT THE DIVISION 1 FIELD:  Kaukauna was issued the top seed in the bracket. The Galloping Ghosts qualify for the 12th time in the last 14 seasons and for the 19th time overall. They had a string of five straight appearances from 1999-2003 and have now surpassed that streak with their current run of nine consecutive appearances. They have won a total of four State championships, all coming in a row from 2014-17. The Galloping Ghosts have also finished runner-up four times, including 2000, 2003, 2008 and 2013. They qualified for State this year with a first-place finish at the Hartford Sectional. Three-time reigning champion Stoughton is the second seed. The Vikings are making their eighth straight appearance and their 15th overall. They have won 10 State team titles overall, including three since the advent of the team tournament format. Prior to the team tournament, the Vikings won seven State championships (1968, 1972, 1975-77, 1987-88). In addition, they have finished runner-up 10 times. This season, they continue their quest for a fourth consecutive title after finishing first in the sectional held at Mukwonago. Third-seeded Holmen is making its fifth straight appearance in the tournament field. The Vikings advance to the State for the 11th time overall. Their most notable achievement was a runner-up finish in 2018.  Holmen qualifies this year after finishing runner-up at the Wausau East Sectional. Waunakee is the fourth seed after placing second at the Mukwonago Sectional. The Warriors will be making their debut in the State Team Tournament. Fifth-seeded Marshfield qualifies for the State Team Tournament for the fifth time overall and for the third time in the last four seasons. The Tigers advanced to the semifinals in 2002, 2003 and again in  2019, which represents their furthest advance in the tournament. They are the champions of the Wausau East Sectional. Sixth-seeded Slinger is making its fourth consecutive appearance in the team tournament, which also accounts for its overall total. The Owls are looking to advance past the quarterfinals for the first time. They finished second in the Hartford sectional to qualify this season. Waterford is the seventh seed, advancing to State for the third time. The Wolverines’ first appearance, which came 24 years ago, resulted in a runner-up finish in Division 2. In their only other team tournament appearance in 2017, they fell in the quarterfinals. They were champions of the Brookfield East Sectional.  Brookfield East returns after making the program’s first-ever appearance at State last season, which resulted in a loss in the quarterfinals. The Spartans were issued the eighth seed for the second straight season. They earned another berth in the tourney field with a second-place finish in the sectional they hosted.

NEED LIVE RESULTS?:  Access results through the WIAA website by navigating to the wrestling homepage and selecting the Tournament Information option in the right column or by accessing the Trackwrestling.com website.