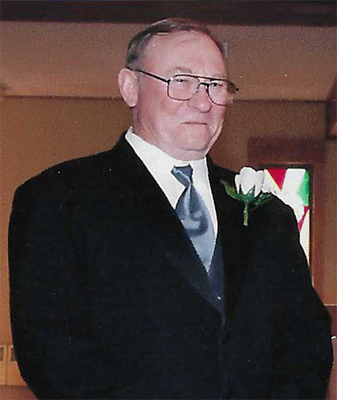 William “Bill” Robert Kuhn, age 74, of Neillsville, WI passed away peacefully at his current home in Three Lakes, WI surrounded by loved ones on February 5, 2021. Bill was born on January 26,1947 in Neillsville, WI to Bernard H. Kuhn and Ruby V. (Rodman) Kuhn.

Bill grew up on his family farm where he enjoyed riding his horse Thunder, fixing vehicles and building woodworking projects. In 1967 Bill graduated from Neillsville High School and proudly joined the Army. He enjoyed the challenges of operating heavy road construction equipment while building roads in Vietnam as a SPC5 with the 554th Engineer Battalion. Bill was honorably discharged from the Army in 1970.

Bill was preceded in death by his father Bernard Kuhn in 2001, his mother Ruby Kuhn in 2016, and siblings Josephine Kuhn and Wayne Kuhn in infancy.

On May 7, 2007 Bill married and is survived by his loving wife Elizabeth “Liz” (Strzelczyk) Kuhn. Together they enjoyed spending time with family, traveling, and eventually moving to live out their dream of owning a home on a lake in northern Wisconsin. Bill loved to spend time on the lake visiting with family and neighbors, fishing, or just sitting on the dock watching the ducks and wildlife.

Throughout his life Bill was always quick to lend a helping hand however he could, and many will miss his quick wit, grins and overall generosity and kindness.

Funeral services will be held on Saturday, February 13th at Gesche Funeral Home in Neillsville, WI. (4 S. Grand Ave, Neillsville, WI 5445) Visitation will be from 9:00 until 11:00am with a service following. The American Legion Post 73 will perform full Military Honors.

Bill’s family would like to thank all who called, visited or sent cards or prayers during his illness. Many thanks especially to the wonderful caregivers at Northern Hospice.