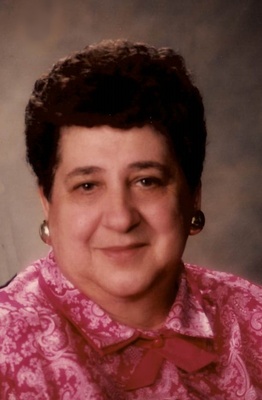 Corrine A. Cram, age 87, passed away peacefully on Tuesday afternoon, June 1, 2021 at Golden Living Center—Three Oaks in Marshfield, WI.  She was born December 29, 1933, in Park Falls, WI to Frank and Emma (Sommers) Schweikl.  She attended school through the 9th grade.  She married Frank Bradle on May 18, 1957, in Park Falls.  After Frank’s untimely death on June 2, 1958, she met Richard Cram who was working for Roddis Forestry Products in Park Falls.  They married on February 20, 1960, moved back to Richard’s hometown of Neillsville, WI in 1962 and purchased their first home in rural Pine Valley.  It was here that they raised their six children.

After the children were grown, they moved into the city to their home on Bruley Street in Neillsville.  Corrine was a member of Saint Mary’s Catholic Church.  In addition to being a loving wife and mother, she enjoyed music, crochet, gardening, canning, baking and cooking some wonderful German recipes.  Many trips were made to Park Falls, Glidden and Butternut, WI to visit with her family who fondly called her “Queenie”—a nickname that stuck since she was the baby of the family.  She was a stickler for her daily routine up until her final days and rarely missed watching her “stories” or Hallmark movies or playing bingo.  She was a soft-spoken, generous, gentle person who always thought of others before herself who will be dearly missed by her family.

Online condolences may be made at www.geschefh.com