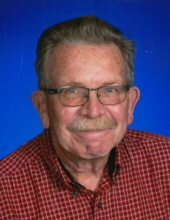 A memorial service will be held at 1:00 pm on Friday, September 9, 2022 at Rembs Funeral Home, Marshfield where visitation will be from 11:00 am until service time. Rev. Chad Anderson will officiate.

Richard was born on January 20, 1949 in Shawano to Earl and Louise (Moede) Berger. He graduated from Spencer High School in 1967 and attended Wisconsin Rapids Vocational Tech & Adult School in 1968. On October 25, 1969 he married Judy Weix at St. John’s Lutheran Church in Spencer.

Richard was raised on a dairy farm which he later purchased in 1969. It was his favorite place to be. He made pets of all the animals. Richard was a coach for the Spencer Boxing Club and did not miss a local show when he was able. He was an avid horse rider all his life and belonged to the Horsin’ Round riding club. Moments Hospice gave him a wish of his last horse ride this summer. His children and grandchildren were the best thing in his life.

He is survived by his wife, Judy, children, Dale (Jennifer) Berger of Neillsville, Craig Berger of Madison, Stacy (Douglas) Blank of Mosinee, and Lee Berger of Madison, grandchildren, Zachary (Hannah), Aaron, Tristan, Calvin, and Isaac Berger, and Colton, Parker, and Breanna Blank, and one great granddaughter coming in February. He is further survived by his sisters, Barbara Munger of Savage, MN, and Kathy Trudeau of Marshfield.

He was preceded in death by his parents, Earl and Louise, and sister, Mary Kelsey.

The family would like to extend a special thanks to Country Terrace in Stratford and Moments Hospice.