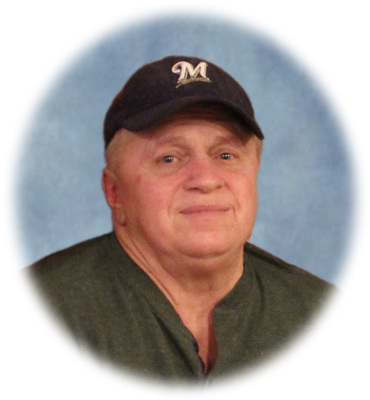 Richard “Rick” Allen Hediger passed away on August 25, 2022, at Monroe SSM Hospital surrounding by
his brother and nieces from Illinois, after battling what his doctors referred to as “The Perfect Storm.”
Rick was born in Neillsville, WI, on April 17, 1955, to Fredrick “Fritz” and Dixie (Bush) Hediger. After
he attended Neillsville High School, he joined the National Guard and served six years. He then moved to
Milwaukee, Wisconsin.  He later moved to Freeport, Illinois and eventually moved to Ridott, Illinois with
his nieces. Rick had worked for Modern Plating in Freeport for 29 years, 1 month and 5 days.

Rick was blessed with a large and loving family who adored him.  Rick was a very independent man but
would do anything for anyone.  He loved his job and the people he worked with Modern Plating. They
were more than coworkers; they were his family as well.  Even until the end, he was adamant he was
going back to work as soon as he was better.

Rick was a very caring son, brother, uncle and friend. He would always call mom during the week, with
his famous, “You wanna hear this one?”  He loved to talk about how well (or not so well) the Brewers,
Packers and Badgers played. He was a “straight-shooter” and you knew exactly how he felt about things.
As the oldest of seven children, he was always the best big brother anyone could have.  He was a
protector, a listener, a best friend; quiet and true, always was genuine and forgiving. He could also be
“smooth” and a flirt and was the best homemade pizza maker.

Rick loved mom’s fudge and brownies and enjoyed taking random drives in his “Jeep.” For many years
he was an avid dirt track racing fan, taking many trips in the RV with his brothers.  He spent many years
attending Chicagoland Speedway, including a special trip with the Hediger boys, and his dad.   For many
years, Rick and his family enjoyed trips to Cedar Lake Speedway, where they would play cards, golf and
bet on heat cars. He always made sure he came “up north” to attend the Hediger 4 th  of July camping.

Although he didn’t have children of his own, he acted like a father/grandfather to many nieces/nephews,
including great-nieces and nephews. He was known for always being willing to make that last minute run
for whatever and usually came back with much more, including Rice Krispie bars.  Even though he lived
in northern Illinois, he would always follow his nieces and nephews “up north” sports games, getting mad
when the games weren’t live-streamed. Rick battled quite a few illnesses the past several years and
remained determined to still work and spend time with family.

Rick is survived by his parents, Fritz and Dixie Hediger, Larry (Bev) Hediger, Randy (Theresa) Hediger,
Ronnie (Eileen) Hediger, Becky (Kevin) Ehlers, David (Stephanie) Hediger and Tina (Alan) Schoengarth.
He is preceded in death by his grandparents, Herman and Hanna Hediger and Wayne and Marian Bush.
He was also survived by many nieces and nephews, great-nieces and nephews, who all loved him dearly.
He is also preceded in death by his niece, Lindsay Hediger, and great-nephew Landen Tarbert.
Visitation and Memorial will be held at the Gesche Funeral Home on Friday, September 9, 2022, from 10
a.m. to 11 a.m. followed by the service at 11 a.m. officiated by Rev. Greg Michaud. The burial will be at
the Neillsville Cemetery following the service. A gathering will be held after the burial at the American
Legion in Neillsville.