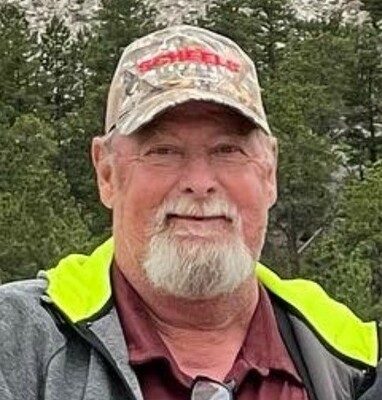 On Wednesday, July 20, 2022, Don H. Walker, loving husband, father of two children, five grandchildren passed away at the age of 64.

Don was born on February 27, 1958, to Dick and Jean (Fees) Walker. He graduated from Alma Center High School, and was united in marriage to Beth Bilda on February 5, 1977, at the town hall in Humbird, WI. They share two children, Cody and Stacy. Don and Beth later divorced. On March 21, 1987, he married Debra Kearney at the Methodist Church in Alma Center and resided in Humbird.

Farmer Don, as he was known, was a family man. He enjoyed hunting and farming, but he loved his family and the time he got to spend with them. He was always doing something with his family. He enjoyed it no matter what he was doing if it was with family or for his family. Like cutting wood, it didn’t matter if there was three feet of snow or if it was 30 below zero. He enjoyed it. If someone he loved had a passion for something he wanted to enjoy it with them. Like when his granddaughter got a horse, he wanted to be the one who helped her build the fence and show her how to ride them even if the horse bucked him off. He never complained or showed that he was hurting or let being sick stop him he was ruff and tuff. He will be missed dearly.

Don was preceded in death by his father, Dick, his sister-in-law, LoriKay Walker, his nephew, Roger Hackelberg. He is survived by his mother, Jean, his wife Debra, his daughter Stacy Otto of Humbird, WI his son Cody (Kim) Walker of Black River Falls, WI, 5 grandchildren, Cameron, Emily, Karissa, Kloee, and Kami, three sisters, Vicki (Cornell) Marvel, Lori Walker, and Corinda (Jerry) Parker all of Humbird, WI, a brother, Ray (Julie) Walker of Avon, IN and many cousins, nieces and nephews.

Funeral services for Don will be held at 11:00 a.m. on Monday July 25, 2022, at the Gesche Funeral Home in Neillsville. Pastor Terry Marg will officiate. Interment will be in the East Lawn Cemetery in Alma Center, WI. Visitation will be from 4:00 to 7:00 p.m., Sunday and from 10:00 to 11:00 a.m., Monday at the Gesche Funeral Home in Neillsville. After the committal rites at the cemetery, a luncheon will be served at the North Branch – Humbird Rod and Gun Club in Humbird.

In lieu of flowers the family is asking to please send donations to the Lupus Foundation of America, www.lupus.org or the American Heart Association, www.heart.org.