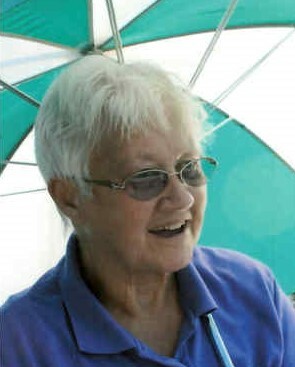 Lillie Sischo aged 88 of Neillsville, Wisconsin, passed away, Tuesday, July 5, 2022. Lillie was the matriarch of the Sischo family and the light of their lives.

Lillie was born on December 13, 1933, to George and Eveline (Olson) Caster in Humbird, Wisconsin. She spent her childhood helping her mother and father on the farm and spent time with her brothers, Arthur and Clarence. When Lillie was not working on the farm, she was helping her mother care for her grandfather, Bergie Moore, and babysitting the neighborhood children. She spent her winters sledding on the Fitzmaurice family farm in rural Humbird. She attended school at the Humbird School in Humbird, Wisconsin, graduating in 1952. Lillie was especially proud of her "perfect penmanship" for which she had won awards.

On May 1, 1954, Lillie married Richard Sischo Sr., the love of her life. He died on March 1,1997. Lillie worked at home taking care of the family and raising their children. She was more than a housewife she was the family accountant, boo-boo fixer, cheerleader, and amazing cook. She would attend the local demo derby each year to cheer on her sons' and the local horse shows to cheer on her daughters. As her children grew, she began attending her grandchildren's events. Later in her 70s and 80's she would go ATVing with her children riding the Clark County Trails. Enjoying a good campfire with her family never wanting to leave. She could be found schooling you on how to play 500 rummy as she very seldom lost a card game.

She was known in the Neillsville area as "Ma" Sischo to any of her children's friends. When the boys would work on cars for the demo, she would have a pot of her famous goulash ready for them to eat. She would also cook chocolate chip cookies for the hunting crew during the gun deer seasons. Again, the pot would come out and her famous goulash would be cooked in no time for the returning hunters. She especially enjoyed spending Thanksgiving with her children and grandchildren as this also fell during the deer hunting season. She would make numerous pies from scratch and have the turkey cooking before the first hunters returned. She enjoyed babysitting a "passel" of grandchildren and watching the Macy's Thanksgiving parade. She enjoyed spending this time with her grandchildren and great grandchildren. She could quiet all the fussy babies and usually had a couple in her recliner with her. No one could cook like her we all tried.

Ma loved watching her Packers play and always made goulash to eat during the game. In recent years she has been especially fond of watching "Pioneer Woman" and several different cooking shows on television.

Lillie lived for her family, laughed at our silliness and loved us beyond measure. She will be truly missed by one and all. She thought highly of her sons-in-law and daughters-in- law she loved all of them like her own children.

Lillie was loved by all who knew her. Lillie had a smile that would light up a room. There is nothing she wouldn't do for anyone ....she was beautiful inside and out.

A huge Thank you to all who cared for mom in her declining months and days.

A graveside service for Lillie will be held at 11:00 a.m., Friday, July 8, 2022, at the Mentor Cemetery in Humbird, WI. Pastor Terry Marg will officiate.