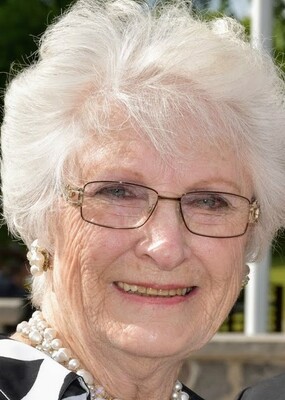 Alice Marie Mott was born on July 25, 1928, in Neillsville to George and Bada (Hasselquist) Mott. She grew up in Pine Valley Township and attended Neillsville Public Schools, graduating from Neillsville High School in 1946. She attended UW-Stout at Menomonie, WI, graduating with a Bachelor of Science degree in education. She taught in Watertown, WI for several years.

Alice was united in marriage to James L. Barrette on June 21, 1952, in Wisconsin Rapids, WI. They lived there until 2002, when they moved to Neillsville. While in Wisconsin Rapids, Alice worked, many years, for the public and vocational schools. She was also a Field Interviewer for many years for the University of Wisconsin Survey Research Laboratory in Madison, WI.

After Alice and Jim’s retirement in 1987, they purchased a Holiday Rambler Imperial and began to travel the U.S., Mexico, Canada, The Yukon, and Alaska. They settled in Gold Canyon, AZ, living there for many winters. James died on October 3, 2003.

After Jim died, Alice enjoyed spending years with her dear companion, Robert Henry, living on the beaches of Puget Sound, Hansville, WA. They returned to Neillsville in May of 2017, and Robert died on October 13, 2019.

She loved to sew, and enjoyed travelling, playing bridge, her family and friends and her horses.

Alice was the last surviving member of her large immediate family.

Visitation for Alice will be from 2:00 to 3:30 p.m., Wednesday, June 29, 2022, at the Gesche Funeral Home in Neillsville. Interment will be in the Forest Hill Cemetery in Wisconsin Rapids, WI. A livestream of the visitation can be viewed at www.geschefh.com beginning at 2:00 p.m., on Wednesday, June 29th.

In lieu of flowers the family will be donating any monetary donations to Heartland Hospice, 3233A Business Park Dr. Suite 203, Stevens Point, WI 54482 who provided wonderful care for Alice and the Equine Therapy Center, 10198 Brookside Road, Auburndale, WI 54412, where Alice was able to enjoy riding horses just last year.

Online condolences may be made at www.geschefh.com