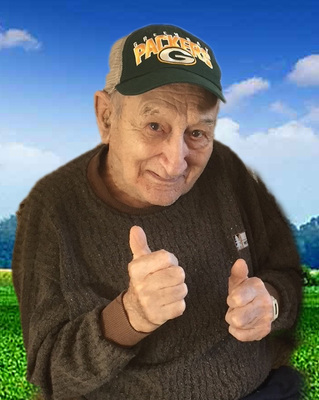 Marvin Clyde Boyer passed away unexpectedly on December 1, 2021 in his home with his special dog, Rosie by his side. He was born to George and Mildred (Flick) Boyer on January 16, 1929 in Neillsville, WI.

Marvin graduated from Greenwood High School in 1947. He did pulping and worked in a warehouse before taking over the family farm in 1949 at the age of 20 until 1971. For the next 8 years he worked at Wedges Creek Research Farm and returned to dairy farming from 1979 until retiring in 1996.

We were blessed when Marvin married Ruth (Beilke) Humboldt October 18, 1975. They were married almost 40 years. He and Ruth loved to dance and polka. His foot was always tapping when he heard music. He took religious lessons at the Lutheran church so he would be able to join Ruth in heaven someday and hope the two of them are dancing again.

Marvin hired his nephews as summer help on the farm and passed his work ethic on to all of them. He loved to reminisce about time spent with them. He loved watching things grow-his crops, his poultry including chickens, turkeys, peacocks, his sheep, and the grandchildren. He loved showing them baby lambs and was happy to share chicken raising advice with one of the grandsons. He was a special grandpa and stepdad.

Marvin played baseball when he was young and did some wrestling. He loved watching the Badgers and Packers play.

Hunting was a passion, and he did a lot of coon, bear and coyote hunting with his hounds and belonged to the Dairyland Coon Hunting Club. He shot many deer to help feed his family when he was young.

Marvin had a great sense of humor. He was always checking The Press to see if he was in the obits. Lately he would say to “watch out for deer but if you hit one make sure it’s a big one.”

A private family memorial service will be held at the Gesche Funeral Home. We ask that those attending please wear masks.