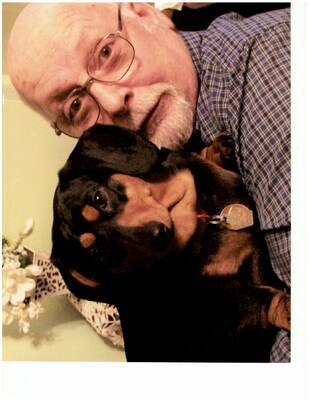 Wallace Westbrook Wallace was born on August 5, 1938 in Neillsville, WI the son of Kenneth E. and Dorothy L. (Jake) Wallace. He attended Neillsville Public Schools, and then worked as a semi-truck driver. On March 29, 1958 he was united in marriage to Carol A. Schnur in Black River Falls, WI. Wally’s truck driving career began with Coop Transport out of Neillsville, then he drove for Swift Transport out of La Crosse, WI, after they closed their door’s he went to work for Schneider Trucking out of Green Bay, WI. Wally was very proud of the plaque he received for one million miles of safe driving. He retired in 2000, at the age of 62, and then drove cars and trucks for Gross Motors.

Throughout their life, Wally and Carol enjoyed traveling to different places in their motorhome. Wally loved his dogs and will be sadly missed by his current dog, Bella.

He is preceded in death by his parents, Kenneth and Dorothy Wallace and five brothers, Robert, Ronald, Daniel, Kenneth and Richard.

Private family services will be held at a later date.