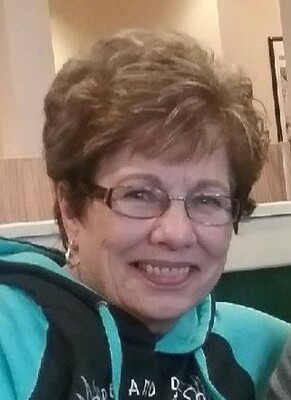 Carol was born Sept. 16, 1947, to Elgar and Hilda King (Dolasa). She was the 7 th of 8 children. Carol wasa devoted mother, proud grandmother, loving wife and dedicated friend. Carol enjoyed spending time with her family (especially her grandchildren) and friends. She loved bowling, attending dinner theaters, spa days, sitting in her pergola, playing sudoku and of course her famous Easter egg tree. The grandchildren will never forget the 700-800 plastic Easter egg hunts grandma did for them. She was the heart of the family and will be missed dearly. Anyone that crossed Carols path easily became a life-long friend. She was so kind, giving, always smiling, socializing and was compassionate by nature. She had a deep love for her family and friends.

Carol worked as a waitress at the Wildcat Inn for 25 years and at the IGA deli for 28 years, making the best sandwiches. She enjoyed working with people and made so many friends over the years. She was united in marriage to Gordon Zickert on April 8 th , 1967 (54 years) at the Calvary Lutheran Church in Neillsville.

In lieu of flowers donations can be directed to Carol’s family for a memorial decided on at a later date.

Online condolences can be made at www.geschefh.com.