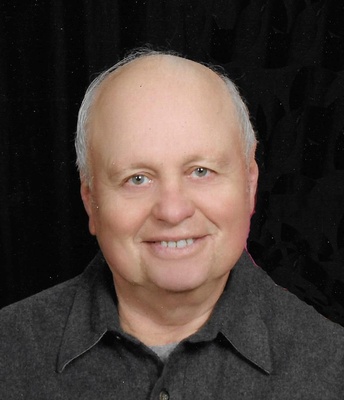 Arnold Joseph Becker was born on September 19, 1942 to Delbert and Florence (Goetz) Becker in Marshfield, WI.  He was raised on the family farm and received his education in Loyal graduating from Loyal High School in 1960.

Arnie was inducted into the US Army on October 15, 1961 and was sent to Fort Dix NJ for his basic training.  He was then stationed at Fort Lewis near Tacoma WA serving in the Army National Guard 32nd Red Arrow Infantry Division during the Berlin Crisis until August 1962.  Arnie then served in the WI National Guard 128th Infantry Regiment after returning to Loyal.  He worked a few years for Greenwood Milk Products and Trailblazer which became Wick Building Systems.  Arnie was united in marriage to Avis Moberg on June 29, 1968 at St. Anthony’s Catholic Church in Loyal.  They made their home in Loyal and had a son, Andrew in 1969.  He then started at Land O Lakes in Spencer in 1973 and eventually retired in 2008 after 35 years.

Arnie was a member of St. Anthony’s Catholic Church in Loyal.  He had many interests including fishing, hunting, camping and boating.  Arnie took up scroll sawing completing numerous projects.

Arnie was preceded in death by his son Andrew on September 19, 2020 and his parents.

A Mass of Christian Burial will be held at St. Anthony’s Catholic Church, in Loyal, on Friday, August 20, 2021 at 11 am. Rev. Leo Johnson will officiate and burial will follow in the parish cemetery with military honors performed by the Loyal Veteran’s Council. Visitation will be held at the church on Friday, from 9 am to 11 am.  The Mass of Christian Burial will be livestreamed and can be viewed at www.stanthonyloyal.org.

Online Condolences may be made at www.cuddiefh.com.