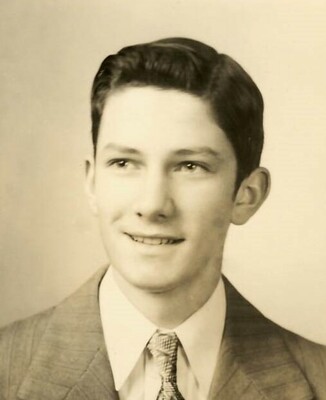 Hubert Harvey “Snick” Quicker Jr. died April 23, 2021 at Three Oaks Health Service in Marshfield, WI. He was born on January 2, 1935 in the City of Neillsville, WI to Hubert Henry Quicker Sr. and Nellie Mae (Johnson) Quicker.  He was the oldest of five boys.

He grew up in Neillsville, attending K-6th grade at the old Northside Grade School, 7-8th grade at the old South Side Grade School, and in 1953 was in the last class to graduate from the old Neillsville High School.  During his school years he was a boy scout, being the second Neillsville resident to become an Eagle Scout.  While growing up, he had an intense interest in the early field of electronics which he held for the rest of his life.  He attended the University of Wisconsin at Madison.  After going to school mixed with work breaks and some semesters of college, at what now is UW Eau Claire, he graduated in 1960 from the University of Wisconsin with a major in Physics and Chemistry.  During this time he was a member of the Wisconsin National Guard for 8 ½ years.  He continued to take continuing educational courses, getting a Masters Degree in both Vocational Education and Management Technology from UW Stout.  He also became a licensed Professional Engineer.

After graduation with his first degree, he worked at Auto Test, Inc. in Neillsville working on designing electronic test equipment.  Eventually he was hired as a plant engineer for Weyerhaeuser Corporation out of Marshfield.  It was here that he met his future wife, Verna Welk who also worked at that plant. They were married in 1966.   Weyerhaeuser sent both of them out east to work at plants they had in Ridgeway, PA, and North Troy, VT.  In 1968 he left Weyerhaeuser, moving to La Crosse, WI and was self employed designing electronic controls for several small companies – along with obtaining several patents for products he was developing.  In 1972 he started teaching Electronics at Chippewas Valley Technical College in Eau Claire.  He taught there for 25 years, retiring in 1997.

While teaching at CVTC, he became very active in politics in the City of Altoona.  He served on the City Council, and was on many committees.  In 1972 his son David was born.  In 2005 he was divorced, and moved back to the original family home in Neillsville, WI – which he had acquired after his parents died.  He was very active in the Neillsville community, especially with the 1897 Clark County Jail Museum Inc.  He was a friend and helpful to everybody he met.  During his entire life, he was especially interested in Cadillac’s both old and new.  Like some people collect stamps, he collected old cars – and had several very nice vehicles.  The last ten years of his life he spent with his life partner, Christine Kurz.

He was preceded in death by his parents, brother Terry who died in infancy in 1938 and one nephew.

A memorial service will be held at a later date.

Hubert will be greatly missed by his family and all of his friends.  The family suggests remembrances be in the form of donations to either the 1897 Clark County Jail Museum, Inc. or to the The Highground Veterans Memorial, both of Neillsville.