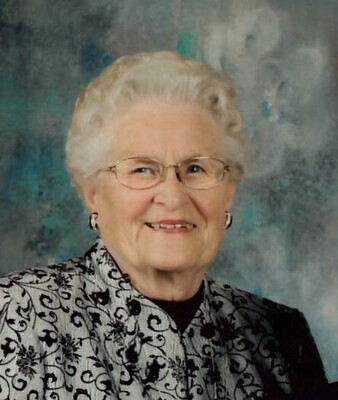 Irene Arline Keuer was born on October 22, 1932 the daughter of Leslie and Adeline (Krause) Keuer.  She graduated from Granton High School in 1951 and later that year on August 4 she was united in marriage to Erlin Dahl.  Erlin worked in the construction industry and travelled all over the country with Irene by his side.  In 1962, they settled on a farm in Granton, WI.  Together they farmed and raised their family.  Irene loved her family and the farm and baking, taking care of her yard, embroidery and handing out chores.  She was a member of the New York Homemakers and Zion Evangelical Lutheran Church, it’s choir and Ladies Aid.  Irene loved helping out any time she could and spending time with her family.

Irene was preceded in death by her parents, her husband, Erlin, a daughter-in-law, Marjorie Dahl, son-in-law Douglas Hahn, a grandson, Daniel Walter and a brother-in-law, Lloyd Swenson.

Funeral services for Irene will be held at 11:00 a.m., Wednesday, March 24, 2021 at the Zion Evangelical Lutheran Church in Granton, WI. Pastor Daniel Schoessow will officiate. Music will be provided by Caroline Helm, organist. Interment will be in the Windfall Cemetery in Granton. Visitation will be from 9:30 to 11:00 a.m., Wednesday at the church.

Casket Bearers will be her grandsons.