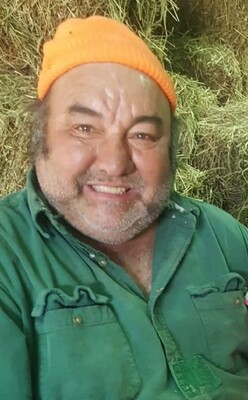 Rickey Lee Lavene was born on January 17, 1958 in Neillsville, WI the son of Alvin and Alice (Pachal) Lavene. He attended school in Neillsville, was a member of the 1975 Neillsville Warrior State Champion Football team and graduated with the class of 1976. After graduating, he attended Chippewa Valley Technical College and received a degree in law enforcement. Rick was a full-time farmer, raising beef cattle. On the weekends he worked in Eau Claire as a meat cutter, first at Roundy’s Foods and then for 25 years at Copp’s Foods. In the late 1980’s he began working at the Nelson Muffler Factory, even travelling to Black River Falls after they shut down the Neillsville facility. Currently he was working at Mayville Engineering Corporation (MEC) in Neillsville, where he had been working for several years.

Rick was a member of St. John’s Evangelical Lutheran Church in Christie, WI. He was a hard-working man who often held two and sometimes three jobs at one time. He loved to travel and had even made a trip to Russia. He was also the adventurous type who would often take “spur of the moment” road trips.

He is survived by his fiancée of 25 years, Susan (nee Strey) Butterfield, step-children,  Jessica and Ian Hericks of Neillsville, WI, Jonathon and Rachel Butterfield of Chili, WI and Jennifer and Christopher Ashton of Marshfield, WI, step-grandchildren, MaKendri, Scotlyn, Evianna and Tayzian Hericks, Allyson Butterfield and Araina Ashton. Rick is also survived by two siblings, Bonnie (Roger) Bender of Loyal, WI and Gary Lavene of Marshfield, WI, and many nieces and nephews.

Funeral Services for Rick will be held at 11:00 a.m., Thursday, March 11, 2021 at St. John’s Evangelical Lutheran Church in Christie, WI. Pastor Nathan Wilke will officiate. Interment will be in the Neillsville City Cemetery. Visitation will be from 4:00 to 8:00 p.m., Wednesday at the Gesche Funeral Home in Neillsville and from 10:00 to 11:00 a.m., Thursday at the church.