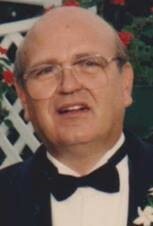 Daniel was born on July 4, 1944 in Hillsboro, WI the son of Roy and Wilma (Stanek) Elmer. He started a life-long career in the restaurant industry as a dishwasher at  Ishnala Supper Club in Wisconsin Dells.   He went on to become COO of 12 Hoffman House’s in Wisconsin, Michigan, Illinois and Minnesota. During this time, he was married to Donna J. Ring. They had two children, Dana and Daniel Elmer II, and later divorced. In the late 1970’s Dan opened Mr. Elmer’s Supper Club with his wife Merna Jefferson. In 1989 they moved to Neillsville and owned and operated Fannies Supper Club and Motel for 27 years.

In his spare time, Dan enjoyed fishing, boating, and working on cars. He loved his grandchildren and was very proud of all of them.

He is preceded in death by his parents, a son, Daniel R. “Danny” Elmer II and a brother, Bill Elmer.

Dan was loved and will be dearly missed by many. Blessed Husband, Dad, Brother, Grandpa  and Friend…you will remain in our hearts forever.

There will be no services per his wishes.