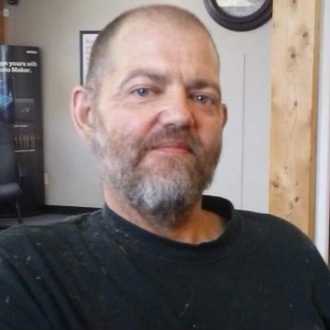 He is preceded in death by his mother Katie Hanes and a nephew and niece, Lisa and Zachary Dietz.

Rickie was born April 6, 1962 in Sandstone, Minnesota to Edwin and (the late) Barb Chesbrough.

Rick’s loved life. He lived it to the fullest even with all of his medical issues. He adored his sweet wife and spending time with her was one of his greatest treasures. The time they spent caring for their cats and dogs who he considered his kids were the times he enjoyed most. His other joys in life were talking to and spending time with family especially taking time to talk to his aunt Nancy on the phone whom he considers his second mom. He also enjoyed helping others whether it was fixing something mechanical, mowing a lawn, or fixing household appliances and he felt he was the one being blessed. He had the greatest heart for people who are down and out, he always took time to tell them a story or a joke and meeting them for coffee/breakfast. That was his way of making a difference in a world that wasn’t always nice to him or people around him. The world could use a few more Rickies.

A celebration of life will be held February 27, 2021 at 1 PM, visitation one hour before the service. Community Alliance Church, 111 S. Division Street, Withee WI.