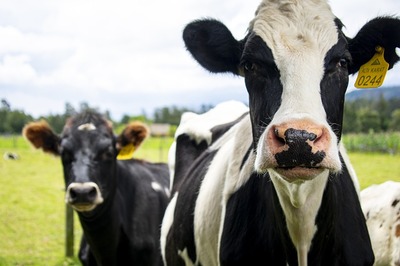 (Wisconsin Ag Connection) Wisconsin's total milk production was up in August compared to the same period a year earlier.

According to the Wisconsin Ag Connection, that's according to the USDA's latest milk production report, Wisconsin farmers produced 2.69 billion pounds during the month, which was 1.1 percent higher than last August, but less than the 2.72 billion made in July 2022.

Nationally, 18.2 billion pounds of milk were produced in the 24 major dairy states for the month. That was up 0.6 percent from 2021, but lower than the previous month's production of 18.3 billion pounds.

The average number of milk cows on Wisconsin farms for the month was 1.27 million head, unchanged from last month, but down 6,000 from 2021. Monthly production per cow averaged 2,145 pounds, which is up 35 pounds from last year's figures.