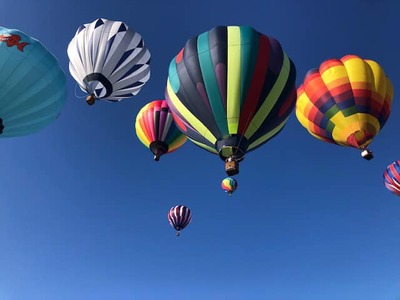 (Mike Leischner, WSAU) It's an estimated five million dollar impact to Wausau and Marathon County, that's the report from the Wausau and Central Wisconsin Convention and Visitors Bureau after the second annual Taste and Glow balloon festival.

CVB Executive Director Tim White, addressing the Weston Tourism Commission this week, “It’s $1.6 million on Friday, for the whole area. $3.2 million on Saturday. And $270,000 on Sunday.”

He says tracking data showed only two of the 50 US States were not represented in the weekend attendance figures and they were not the two states you would have thought of first. “Except for Vermont and Wyoming. I’m not really sure why. It’s pretty impressive that people came from around the country to attend this event.”

He says people from 48 of the 50 US States were in town for the event, data they were able to mine through both modern and traditional means. “Some Google analytics, it was room stays, credit card transactions, cell phone usage, social media usage."

White says he is already working with the event's organizers and promoters for next year's edition- the taste and glow balloon festival grew out of the canceled Wausau Events balloon and rib fest in 20-21.