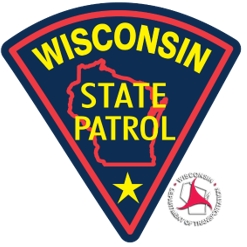 The Wisconsin State Patrol arrested a man for his 7th OWI in Jackson County.

According to a release from the State Patrol, they received a report of a reckless driver swerving back and forth between lanes on I-94 in Jackson County. A trooper located the vehicle speeding in excess of the posted speed limit, nearly striking construction barrels.

The trooper conducted a traffic stop and on approach, observed a can of beer in the center console. During his conversation, the driver admitted to "having a few drinks" while driving. The driver was unable to perform Standardized Field Sobriety Tests with a preliminary breath test of 0.252.

The driver was arrested for Operating While Intoxicated 7th and taken into custody. He was transported for a legal blood draw and turned over to the Jackson County Jail.

State Patrol says this incident is a reminder of the poor choices some make when they get behind the wheel and the dangers of impaired driving.