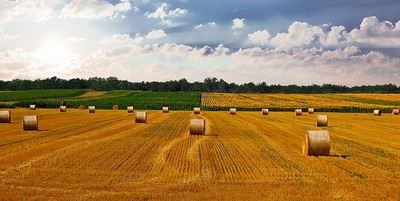 (USAgNet) All of the states within the Seventh Federal Reserve District saw their farmland rise in value by double-digits during the second quarter of 2022 when compared to last year.

According to the latest survey of agricultural lenders in the district, ag property values were 22 percent higher than the same period in 2021, roughly matching the year-over-year gains of the previous two quarters.

And they rose by two percent between the months of April through May over the previous quarter. In the most recent questionnaire of 137 rural bankers, survey respondents noted that Wisconsin properties were up 13 percent over last year, but fell slightly since the first quarter.

Farmland in Iowa and Indiana were 26 and 25 percent higher, respectively, while Illinois' was up 18 percent for the year. Michigan trends were not calculated due to the lack of adequate survey responses.

"Although momentum from strong farm incomes contributed to higher farmland values, it was uncertain how long this effect would last, given the rising interest rate environment," said Reserve Economist David Oppedahl.

"Yet, several respondents mentioned buyers from outside agriculture were helping to push farmland values higher, indicating demand had remained healthy. A Wisconsin banker said there were too many buyers seeking too few acres with outside interest from non-farm buyers still strong."

Oppedahl adds that agricultural credit conditions for the district were better in the second quarter of 2022 than a year ago. Fifty-six percent of the survey respondents indicated that their respective banks' lending areas had been at least modestly affected by the pandemic during the past year.

"On average, 74 percent of the responding bankers' agricultural borrowers were not affected by the pandemic over the same period," he noted. "In the second quarter of 2022, repayment rates for non-real-estate farm loans improved from a year ago, continuing the pattern of the previous six quarters."

Meanwhile, agricultural prices rose in June 2022 from the same time a year earlier, staying on the upward trajectory for farm prices that had started in the summer of 2020. The district saw June corn, soybean, and milk prices, which were up 23 percent, 13 percent, and 48 percent from a year ago, respectively.

Looking ahead, about 25 percent of the survey respondents anticipated farmland values to rise for the remainder of this year, while 71 percent thought they would stabilize. However, many are expecting to see lower volumes of non-real-estate farm loans in the third quarter of 2022 compared with earlier levels.