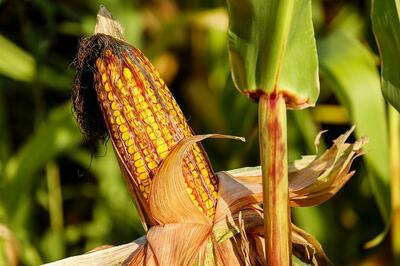 (Wisconsin Ag Connection) The newly-issued August Crop Production report has made some tweaks to the projected yield forecast for crops growing in Wisconsin farm fields.

According to the Wisconsin Ag Connection, based on conditions as of August 1, the state's corn production is forecast at 555 million bushels, up one percent from the previous year. Yields are expected to average 185.0 bushels per acre, up 5.0 bushels from last year.

Corn planted acreage is estimated at 4.00 million acres. An estimated 3.00 million of the acres planted will be harvested for grain. Soybean production is forecast at 115 million bushels, also one percent higher from the 2021 crop year.

Oat production for grain is forecast at 3.97 million bushels, up five percent from 2021. The expected yield is 61.0 bushels per acre, unchanged from the July forecast, but down 1.0 bushel from the last growing season.

Oat planted acreage is estimated at 130,000 acres with 65,000 acres to be harvested for grain. Production of alfalfa and alfalfa mixtures for hay is forecast at 2.76 million tons, down five percent from the previous year. Yield is expected to average 3.10 tons per acre, down fractionally from last year.