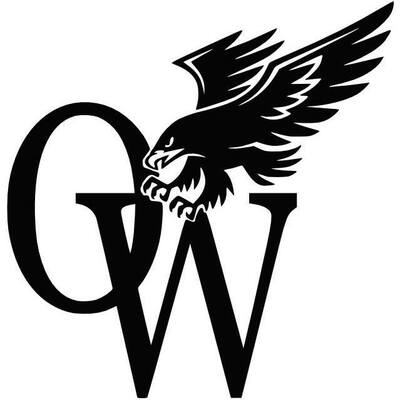 The Owen-Withee School Board heard a presentation on the 2022-23 Board Committees.

Board President Dean Schmelzer presented the Board Committees for the 2022-23 school year. District Administrator Bob Houts walked the Board through the schedule for the next several weeks. The projects are both on schedule with completion date for the Ag/Tech addition being completed by early August and the Cafeteria/Kitchen to be completed by Early to mid-October.

Also, a request was made to start each Board meeting with the Pledge of Allegiance. The Board unanimously approved saying the Pledge before Roll Call was taken. The Buildings and Grounds Committee also met in late-May to review summer projects and purchases.

The committee approved redoing the flooring in the two offices, the purchase of a van, the purchase of scrubbers, four new windows for elementary classrooms, and blacktop repairs. The Board unanimously approved these purchases.

The Board also discussed the Fund 46 account. Fund 46 is the Capital Projects fund that the District can move money into without penalty of losing state aid. Currently, they have $188,500 in the fund. The Board unanimously approved moving any unspent funds from the 2022-23 school year from Fund 10 to Fund 46.

Also, the idea of having a garden on school property on school grounds for families to plant, maintain and harvest was discussed. Some concerns about who would maintain the garden were discussed. As this won’t happen anymore this year, the idea was tabled for further discussion at future meetings.

The AGR report was given by Elementary Principal Julie Van Ark. This report includes progress and improvement that K-3rd grade students have made toward specific goals in reading and math.

Mr. Houts presented the Board a preliminary budget for the 2022-23 school. The budget presented is the same as the previous year’s budget. Without knowing any of the budget figures for the next school year, it is impossible to set a budget. But, without a budget in place, the District can’t spend any money for the 22-23 school year. The Board unanimously approved the preliminary budget.

In employment matters, the Board approved the resignation of 5th grade teacher Jodi Butler and thanked her for her 22 years of service to the district and wished her the best of luck as she begins her administrative career in Medford.

The Board unanimously approved the resignation of Lisa Korn and thanked her for her 16 years of service to the District and wished her the best in her future endeavors.

The Board unanimously approved the hiring of Kristi Ruggles to be the Elementary Guidance counselor. Mrs. Ruggles comes to Owen-Withee from the Marshfield School District.

The Board unanimously approved the hiring of Amy Harelson-Hayes to be a 5th grade teacher. Mrs. Harelson-Hayes comes to Owen-Withee from the Thorp School District.

Mrs. Van Ark and Middle/High School Matt Cihlar presented their handbooks for the next school year to the Board. A change to the elementary handbook will be made that addresses vaping in the elementary.

In the wake of the Uvalde, TX shooting, Bob Houts reviewed what measures have been taken to secure the building, students and staff. In the wake of the Parkland, FL shooting, many safety measures were undertaken by the District. While these changes have been effective, no building is ever 100% safe from a shooter. Staff and students need to stay vigilant, prepared, and trained to minimize the chances of an active shooter in our school.

The Board also heard the Administrators’ Reports. Mr. Cihlar reported on the end of the school year and that report cards have been finalized and sent out. Congratulations to Logan Amacher who participated in the State Track Meet in La Crosse in early June. Mr. Green and 6 students will be heading to Chicago in late June for the National FBLA Conference.

Mrs. Van Ark reported that during the last week of school elementary students participated in a Read 5 event created by Mrs. Susan Nelson. Students received 5 books and a backpack sponsored by Forward Bank. Summer School is up and running and things have gone very smoothly so far. More than 120 students are taking advantage of this opportunity. The new math curriculum has arrived. Teachers stayed after summer school one afternoon to unpack the materials professional development will be offered throughout the summer.