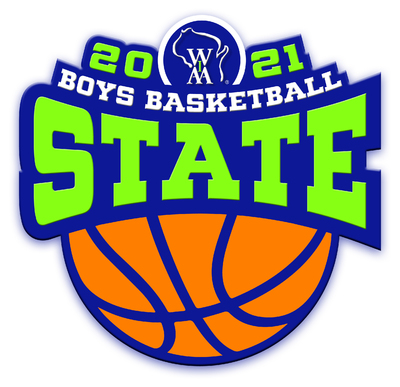 The 2021 WIAA State Boys Basketball Tournament crowned champions this past weekend with Divisions 2 and 4 played at the La Crosse Center in La Crosse, and Divisions 1 and 3 at the Menominee Nation Arena in Oshkosh.

Second-seeded Wauwatosa East (23-3) won the Division 1 championship with a second-half surge leading to a 62-44 victory over top-seeded Kimberly (25-3) in the championship game.

The Red Raiders were propelled by a 40-18 advantage in points scored in the paint, as well as a 33-21 edge in rebounding.

Alex Singleton led all scorers with 20 points for the Red Raiders to go with eight rebounds. Jay Hinson also scored in double figures with 11 points, as did Leon Bond, who contributed 10 points and eight rebounds. The Papermakers were led by Jackson Paveletzke with 14 points and six assists, and Owen Pawikowski contributed 13 points.

The Red Raiders win their fourth State championship in the program’s 17th tournament appearance, and Kimberly finishes runner-up in its 13th experience in the State Tournament.

The Pirates never trailed in the game and led by as many as 15 points in the first half. They entered the locker room at halftime with a 38-24 lead thanks impart to shooting 56 percent from the floor in the half.

The Pirates were led in scoring by Ashton Janowski with 19 points. AJ Hintz made 5-of-6 field goals, including a 3-for-3 from beyond the arc to score 16 points, and Milan Momcilovic added 12 points. The Hilltoppers were paced by Victor Desmond, who scored 10 points and grabbed a game-high six rebounds, and Gavin McGrath with nine points.

The Pirates moved past Lake Mills in the semifinals with a 65-51 victory, and the Hilltoppers were 66-57 victors over Xavier in their semifinal.

Racine St. Catherine’s (28-1), the #1 seeded team in the bracket, captured the Division 3 championship with a 68-49 win over Lake Country Lutheran (26-2) in the tournament final.

The Angels implemented a spread offense in the second half that allowed Kamari McGee the opportunity to find lanes to the basket. He scored 22 of his game-high 26 points in the second half and ignited a 24-10 run to open the Angels’ largest lead of the game at 60-40 with 5:39 remaining. They shot 71 percent from the floor in the half and 54 percent for the game.

Jameer Barker and Marcel Tyler both added 14 points for the Angels, and Barker grabbed a game-high 11 rebounds and dished out a game-high five assists. The Lightning was paced by Luke Haertle with 16 points. John Nehls chipped in with 15 points and Ben Lubbers added 13.

Nathan Slagter received a pass from Preston Ruedinger in the lane, turned, and sank a short shot as the buzzer sounded to send the Knights into celebration mode. Lourdes was outscored 23-4 at the onset of the game and trailed by as many as 20 in the first half. The Knights went on a 21-4 run in the second half to erase their deficit and take a 39-35 lead prior to the Hawks tying the game prior to the last-second winner.

Ruedinger and Joshua Bauer led the Knights in scoring with 13 points apiece. Ruedinger also distribute a team-high five assists, and Slagter led the team on the glass with six rebounds. The Hawks were led by Antuan Nesbitt with 12 points and a game-high eight rebounds. Asanjai Hunter and Kody Krekling also scored in double-figures with 11 and 10 points, respectively.

Lourdes defeated Edgar 65-41 in the semifinals to earn its berth in the State title game, and The Prairie School downed Luther 61-46 in its semifinal.

The Knights win their first State championship in their fifth experience at State, and the Hawks were runner-up in the first-ever State appearance.